Pegs and Legs is a game where a disk slides down a nearly-vertical board. At the bottom of the board are places for the disk to land, called legs. Each leg is worth a certain amount of points if your disk lands in it. 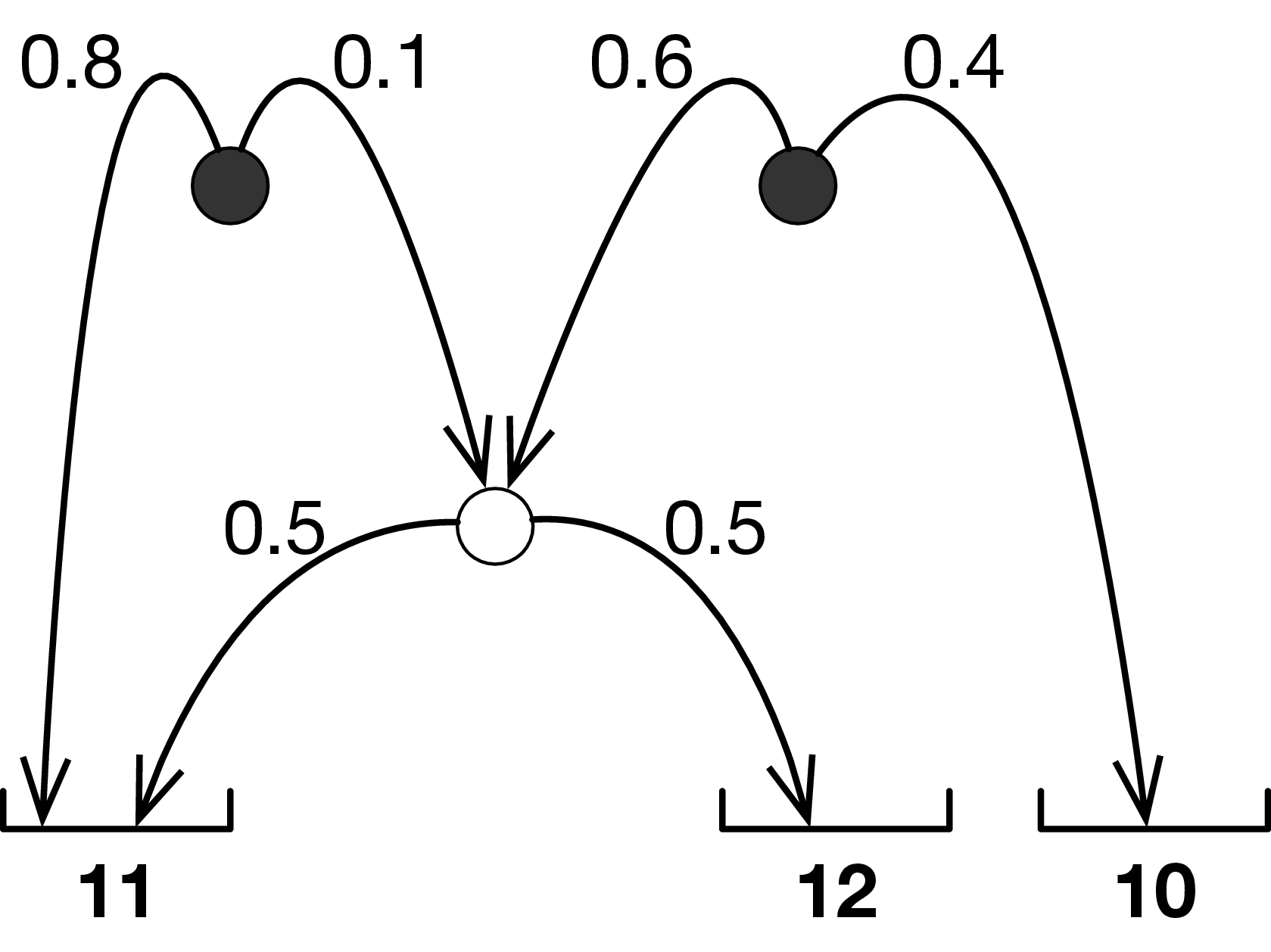 Because of gravity it is not possible for a disk to hit the same peg more than once unless the disk is dropped again. The game continues until your disk lands in a leg, at which point you earn the value of that leg. What is the maximum possible expected score the player can earn?

All real numbers are specified to exactly 3 decimal places. A peg or leg is a drop point if there are no pegs that drop into this peg or leg.

It is guaranteed that from any peg (whether a drop point or not), the probability the disk eventually gets stuck after reaching this peg is at most $0.9999$.

Display the maximum possible expected score the player can earn. Answers with an absolute error or relative error of at most $10^{-6}$ will be accepted.

Please log in to submit a solution to this problem